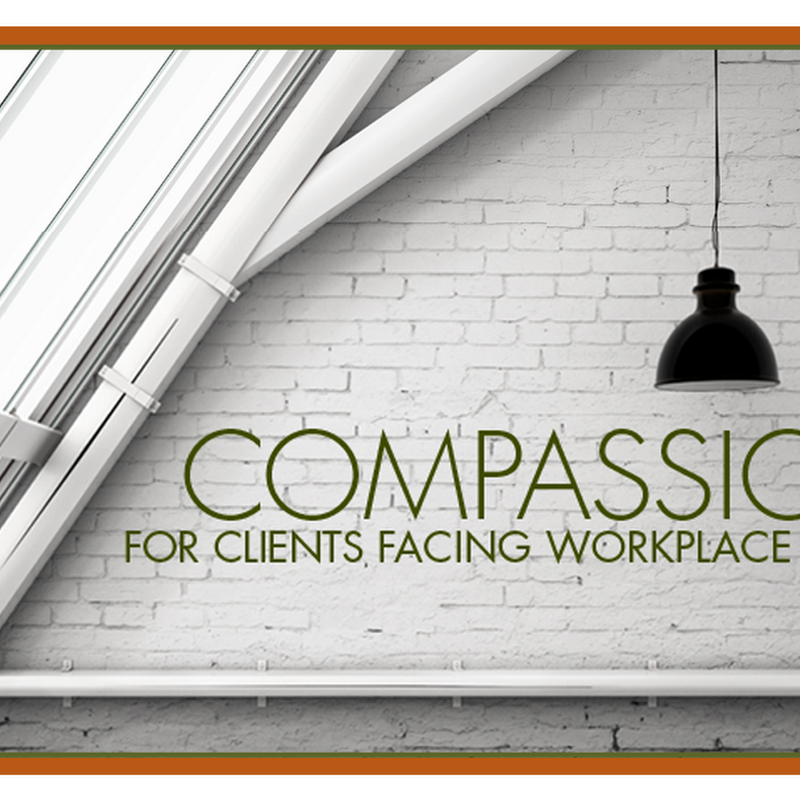 I had a great experience with the firm. My attorney Darren Sharp was very efficient, knowledgeable and kept me informed at every step. Very trustworthy and professional.

I highly recommend the Schaefer Halleen law firm. Larry Schaefer was always available to answer any questions and his team was very professional. They work hard to get results and take the time to listen to the client’s goals.

I found the team to be professional, respectful and very well versed in employment law. I would recommend them to anyone looking for advice or expertise in this area.
Joseph S. Friedberg Chartered :: TSR Injury Law :: Marvin Law Office, L.L.C. :: Johnston Martineau :: Rosha Legal Group, PLLC

I am a physician who recently hired Schaefer and Halleen to represent me in an employment discrimination case, my Atty was Jean Boler ESQ.
They provided top-tier legal services to me for my case 2017 through my settlement in 1st qtr of 2018.
This was excellent legal representation, specifically - very responsive, very prompt, extremely detailed and never off-putting.
Absolutely would recommend without reservation!

Whereas I'm confident that Larry is indeed a friend of those who have so praised him here, in so far as they are mostly (if not entirely) corporate-side clients, he is by no means a friend of the victim. He did little to no actual work for me other than to engage in some egocentric dance with the opposing counsel, whose approval and even admiration he seems to have endlessly sought over a number of years, and to parade a gigantic binder of paper in front of the other side and the mediator during discussions. I still have no idea what was in it, given that he could not seem to locate one single piece of relevant documentation within it and seemed far from familiar with any details of the relevant items, dates, or facts which had been provided to him. He twice during mediation snapped at me - his client, the victim - in a condescending and derisory manner and had to be stopped from semi-berating me at one point by his colleague, Jean Boler. So far up his own considerable backside is he that he actually thought I felt I had won that day; that I actually was pleased with his (entire lack of) performance. Jean knew better and sensed that he needed to walk quickly away. I didn't settle for that day's result because it was okay with me; I settled because I knew I could not leave my destiny in his hands and needed to take care of myself, as I always have. As a person, I like Jean a great deal more, but she likewise was not familiar with the case file and even seemed surprised when I said that everything had been provided for them chronologically AS THEY HAD REQUESTED, yet she had never accessed or looked at the file. I could go on and on and on, but hopefully anyone who has been a victim and who needs sincere, engaged, and meaningful help will get the point: this is not the firm for you. This is the McDonald's drive thru - the veritable ambulance chaser equivalent - of employee/victim legal representation. You can do better, so please do yourself a favor and look elsewhere.

They were attentive and responsive and dod a great job of diffusing the tension in a situation that could have been quite adversarial. They also did an excellent job of level setting before the process proceeded to far in an unrealistic direction. Great work.

Larry has been a great resource for several years. His response time, quality of response and follow up are excellent. He has been flexible enough to answer an impromptu calI and get a response back within an hour. I recall talking to Larry early one morning when there was 8" of snow and most businesses were closed. He was the only one in the office to keep my appointment.
I have recommended Larry to more than a dozen of my friends and colleagues and I feel very comfortable recommending him to anyone.

An honest lawyer? YES! Larry was fantastic and I can’t thank him enough for his unbiased advice and support.

Larry is amazing. Very professional, takes the time to listen, is very knowledgeable and respected and if he says he can get you justice - you can count on it.

Larry and his team did an amazing job! They completed a task very smoothly and successfully that others said couldn't be done. I would hire him again in a heart beat.

Larry Schaefer is an incredible leader with an outstanding team of experts. They listen and care about their clients and work very hard on your behalf, educating you on your rights and guiding you through the process along the way. Everyone on the team is helpful and kind. 5 stars.

I strongly recommend this firm — so much so I once referred a colleague who they also helped. The firm is focused on their client’s specific issues, and unlike other attorneys I’ve worked with, they keep ongoing communication with you as the case advances. I am impressed with the professionalism and strong leadership from the staff, and deeply grateful for their good work.

I am grateful to Larry and his team. They did an excellent job of educating me about the legal process and keeping me updated on the status of my case. They had first hand knowledge about employment law in that they worked to get some of the legislation established.

I am so thankful I found the Schaefer Hallen team to help me through one of the most difficult times in my life. Lauren always took the time to listen and was respectful and professional. Her attention to detail is impeccable, and she helped organize all my random thoughts and emails to help strengthen my case. Larry and Lauren kept me informed throughout the whole process and always made me feel like I was in control. With their expertise, my case was settled efficiently and with a positive outcome.

Extremely professional and humane treatment towards me as a person in severe trouble, perplexed by conditions generated totally out of my control. This law firm is outstanding.

Peter was thorough, responsive, professional and attentive. He clearly laid out options and scenarios for what I was able to do in my situation.

Overall, the firm is great! Lauren D'Cruz is organized, thoughtful, and very pleasant to work with. I have enjoyed my interactions with everyone at Schaefer Halleen over the years. I highly recommend the firm and Ms. D'Cruz.

It is with great pleasure that I write this for Mr Schaefer and his capable people comprised of talent and empathy. I had a fear of Attorneys (due to my own weakness, no disrespect to the legal profession), but I felt pleasantly surprised after my visit to his firm located in the heart of Minneapolis - my home city that I am passionate about. Larry's office emblomized everything that I look for. The attorneys, the administrative staff, the decor, it all felt "happy" and "inter-connected". I had thought my case was too too hard to understand by others, however due to Larry's brilliance and savvy, it became evident to me that he understood it very well. He had a clear line of action and a resolve to seek justice with ethics. That was all that I desired. I hope Larry's office continues to serve the disability community, that it prospers, grows, and makes Minneapolis the best city in the world.

I am very thankful to Larry for helping me through a very difficult time of my life. My former employer discriminated against me and treated me very badly and I was forced to resign to end my struggle with this employer. I did not know what to do or who I can find to help me getting through this and restore my reputation and my employment. I met with several layers prior to my meeting with Larry and I can tell the difference immediately when I engaged with him. Larry told me what will happen in the first meeting and despite my process took several months, he was able to predict the successful outcome just through listening to me in that very first meeting. He has complete understanding of all employment related issues, he is focused and dedicated to help his clients getting back on track. His strategic thinking and the steps he made were the key to success. He also has a wonderful team that are just the right team to help. Quick response and timely feedback about what is going on with the case so you are always in the loop with the next step. Now I moved on to a new and a better employer and I feel I am beginning a new and a good chapter in my life, and I feel I can't thank Larry or his wonderful team enough for what they did to me and how they supported me to get through probably the worst chapter in my life.
Thank you Larry

Larry truly went above and beyond. In each step of the case, he made sure I was aware of what was happening and the next steps. He called frequently, and followed my choices, making sure that I felt in control. I never felt like a victim, or less- he helped inspire me to fight for what I needed and deserved. If I had to go through it again, no questions asked, I would want Larry by my side every step of the way. His team is well organized, efficient, kind and discrete. I am forever grateful that Schaefer Halleen represented me, and I highly suggest them for any and all people who need empowering representation.

The humanness and genuine care for their clients separates this firm from others and makes it best in class.

Larry and his team at Schaefer Halleen helped bring to resolution issues at the workplace in an amicable manner. When I first approached Larry, I was not even sure what steps to take, what to do, did not even know if I needed a lawyer, or why I needed a lawyer. All I knew was that friends and colleagues told me to reach out to a lawyer. And when I asked around, his name and his firm's name kept on being mentioned by many. And the reputation was well deserved.

Larry patiently and deliberately listened to my story, and then explained to me exactly why I needed a lawyer, and how he could help me. Immediately he laid out the plan about how to proceed. Instantly I was put at ease. Throughout a very long process, he provided me advice and guidance and was always willing to talk to me on the phone, whenever there were either updates, or I had questions and concerns.

I am absolutely certain that I would had not been able to reach the resolution without Larry's and his team's steadfast guidance, advice, and impressive work. I recommend Larry and his firm unconditionally - the very best in the field.

Lawrence is exceptional. He prepared me for the process, explained the possible outcomes and provided next step direction throughout. My experience was settled efficiently, and with a very positive outcome. I’m so glad I found Schafer Haleen, LLC.
I highly recommend their services.
Suzanne

Leave A Review For For Schaefer Halleen, LLC